MTrack is a tool, which detects, tracks, and measures the behavior of fluorescently labeled microtubules imaged by TIRF (total internal reflection fluorescence) microscopy. In such an in vitro reconstitution approach, stabilized, non-dynamic microtubule seeds serve as nucleation points for dynamically growing microtubules.

MTrack is a bi-modular tool. The first module detects and tracks the growing microtubule ends and creates trajectories. The second module uses these trajectories to fit models of dynamic behavior (polymerization and depolymerization velocities, catastrophe and rescue frequencies). It also computes statistics such as length and lifetime distributions when analyzing more than one movie (batch mode). 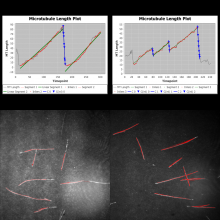 A collection for tracking microtubule dynamics, written in Python. 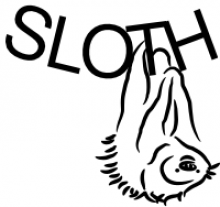 Workflow
Description
###Task Quantify the length of microtubules (MT) and the MT average density per cell. ### Workflow descriptions Simple two step workflow, allowing visual & manual correction of microtubule between the 2 steps. Batch measurement of microtubule lengths for multiple images is achieved by segmenting the MTs and then their skeletonizations. The number of pixels in the microtubule is proportional to their length, so the length can be estimated. ### Script Workflow is written as an ImageJ macro (Fiji) with following steps: 1. The enhancement of tubular structure by computing eigenvalues of the hessian matrix on a Gaussian filtered version of the image ( sigma 1 pixel), as implemented in the tubeness plugin. 2. The tubules were then thresholded , and structures containing less than 3 pixels were discarded. 3. If needed, a visual check and correction of segmented microtubule is then performed. 4. After correction, segmented MTs were then reduced to a 1-pixel thick line using the skeletonize plugin of Fiji. The length of the skeletonized microtubules was then directly proportional to their length. 5. Data were grouped by condition and converted back to micrometers units under Matlab for the statistical tests. #### Pitfalls Commented but not that general without editing some fields in the macros. ### Sample Data Sample data and workflow (see above URL) can be accessed by - login: biii - password Biii!Tag1 ## Misc 3D version also available here. Use of components Skeletonize and Tubeness Filter
has topic
Bioimage informatics
Fluorescence microscopy
has function
Filament tracing
Image segmentation
Skeletonisation 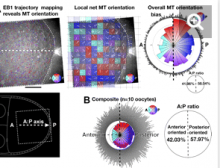