"The plugin analyzes fluorescence microscopy images of neurites and nuclei of dissociated cultured neurons. Given user-defined thresholds, the plugin counts neuronal nuclei, and traces and measures neurite length."[...]" NeuriteTracer is a fast simple-to-use ImageJ plugin for the analysis of outgrowth in two-dimensional fluorescence microscopy images of neuronal cultures. The plugin performed well on images from three different types of neurons with distinct morphologies." 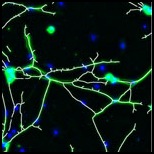 nctuTW is a "high-throughput computer method of reconstructing the neuronal structure of the fruit fly brain. The design philosophy of the proposed method differs from those of previous methods. We propose first to compute the 2D skeletons of a neuron in each slice of the image stack. The 3D neuronal structure is then constructed from the 2D skeletons. Biologists tend to use confocal microscopes for optimal images in a slice for human visualization; and images in two consecutive slices contain overlapped information. Consequently, a spherical object becomes oval in the image stack; that is, neurons in the image stack do not reflect the true shape of the neuron. This is the main reason we chose not to work directly on the 3D volume.

The proposed method comprises two steps. The first is the image processing step, which involves computing a set of voxels that is a superset of the 3D centerlines of the neuron. The shortest path graph algorithm then computes the centerlines. The proposed method was applied to process more than 16 000 neurons. By using a large amount of reconstructions, this study also demonstrated a result derived from the reconstructed data using the clustering technique." (Extracted from reference publication: https://doi.org/10.1371/journal.pcbi.1002658) 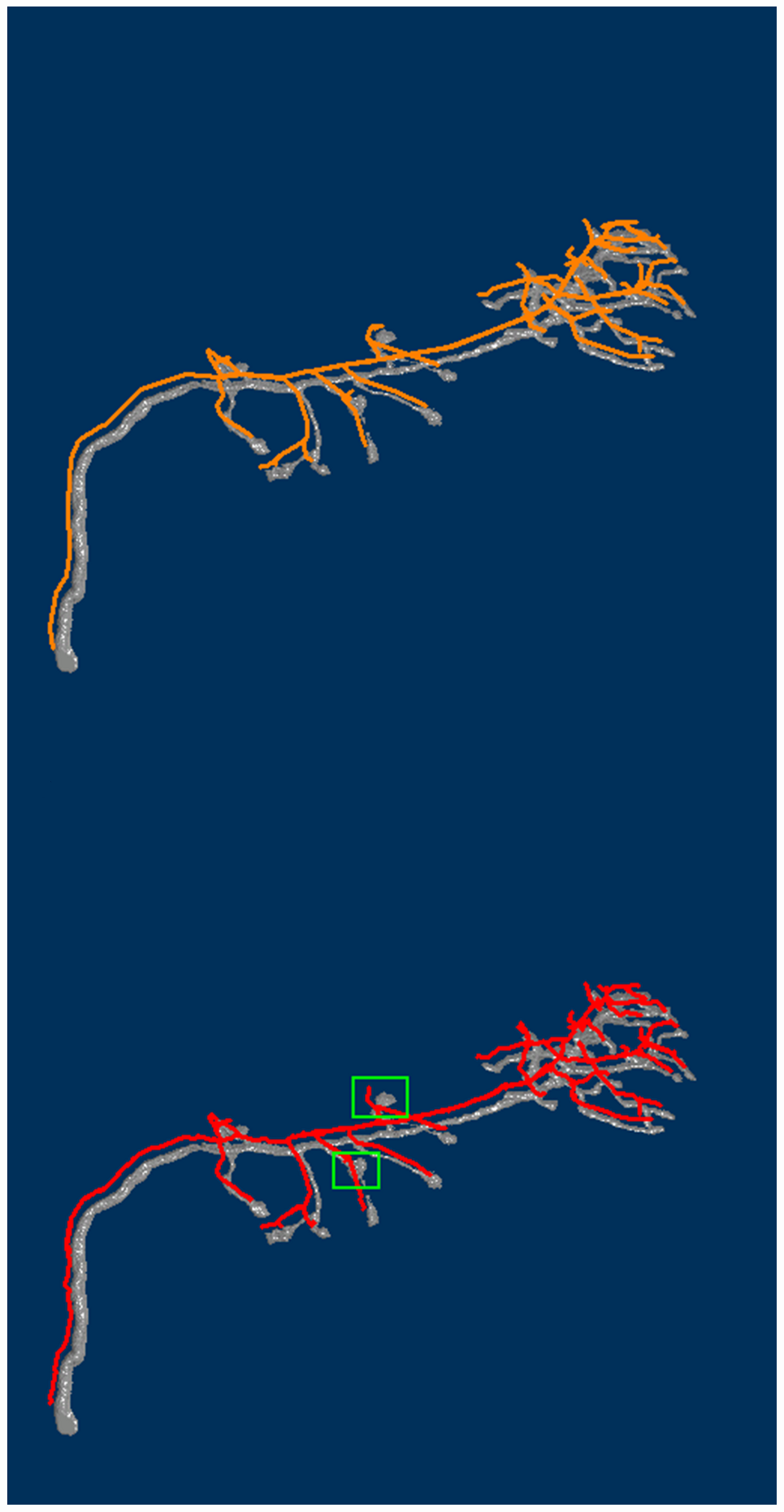 Quantify the length of microtubules (MT) and the MT average density per cell.

Simple two step workflow, allowing visual & manual correction of microtubule between the 2 steps. Batch measurement of microtubule lengths for multiple images is achieved by segmenting the MTs and then their skeletonizations. The number of pixels in the microtubule is proportional to their length, so the length can be estimated.

Workflow is written as an ImageJ macro (Fiji) with following steps:

Commented but not that general without editing some fields in the macros.

Sample data and workflow (see above URL) can be accessed by

Use of components Skeletonize and Tubeness Filter

Neuron studio is a software package to reconstruct neurons from 3D confocal images. Reconstruction can be done manually, semi-manually or fully automatic. The images as well as the detected objects are rendered in 3D. A spine detection and classification function is also included. Results can be exported as a text file with coords of the spines. It seems that active development has stopped in 2009. NeuronStudio is being developed at the Computational Neurobiology and Imaging Center (CNIC), a research laboratory at the Neuroscience Department of the Mount Sinai School of Medicine in New York.

NeuronStudio can be used with default parameters or user-defined parameters (Fully or semi-automated). 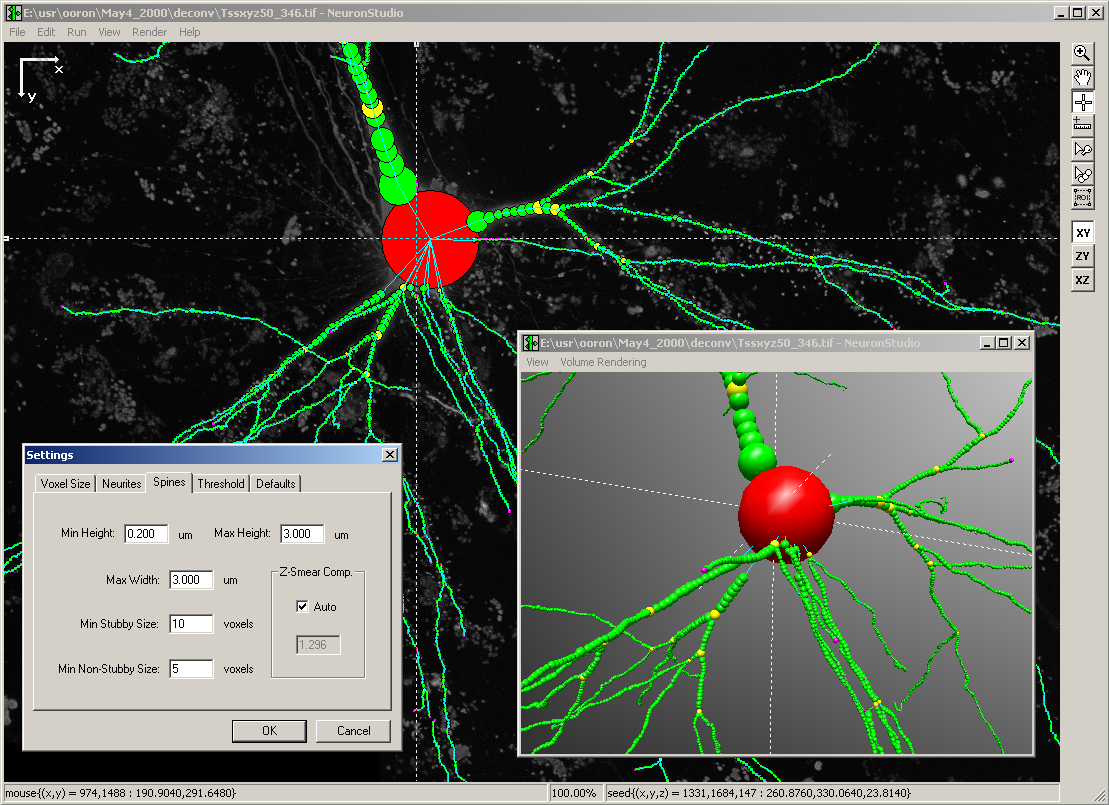 This plugin performs Strahler analysis on topographic skeletons (2D/3D). Strahler numbering is a numerical procedure that summarizes the branching complexity of mathematical trees. 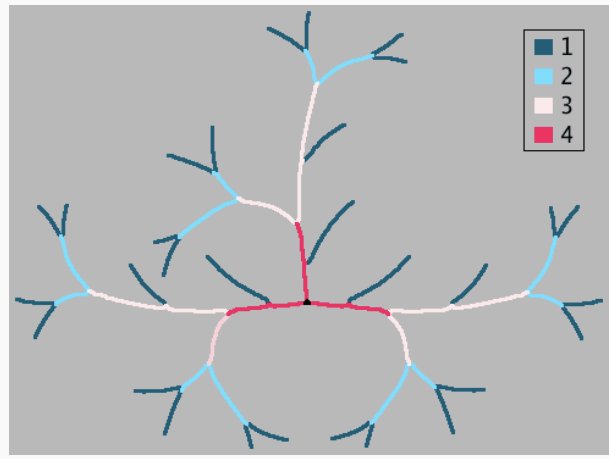